Celebrating the Australian 18-Footer and other Open Boats 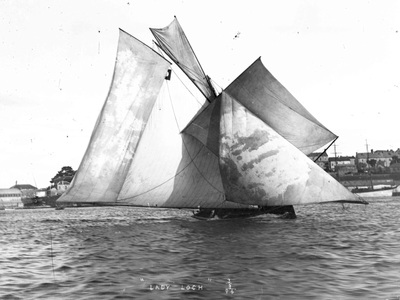 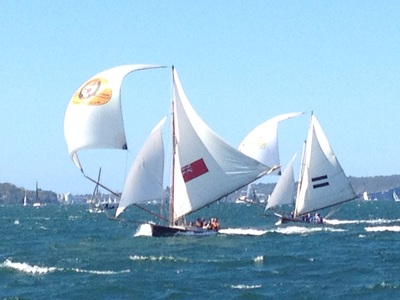 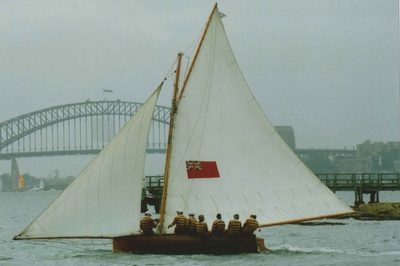 New in March 2021...MAVIS 1904 joins the list on the 18-FOOTERS Page with the whole story of her long career that went for 40 seasons under 3 names, several owners and many skippers.......and in February Part 3 of HORSES FOR COURSES: OPEN BOATS AND RATERS was added to the first 2 parts on the YARNS Page......MISSISSIPPI (1914) joins the list on the 18-FOOTERS Page.....
​and don't forget the new book THE 18-FOOTER BRITANNIA: 100 YEARS OF A SYDNEY ICON is now available on the BOOKS Page, the book tells the story of Wee Georgie Robinson and Britannia and the community around her. There's now enough on this site to keep you enthralled for hours of your isolation time! Stay well!

​This site, originally set up to promote The Open Boat book has grown to have a life of its own. Anything on Aussie open boat classes that I come across will eventually find its way onto the site. The menu shows a growing number of Pages. Scroll down the More section for a growing list of classes and focus of interest Pages.

There is a Page dedicated to the CENTENARY OF BRITANNIA 1919-2019 which has more of the story of this 100 year old boat, with lots of images and will be updated as the various exhibitions and celebratory events are announced.

Then there is the OOPS! Page  which will feature shots of boats in difficulty, collisions, breakages and capsizes. The first couple of shots are of an unidentified boat captured just after breaking a spinnaker pole in the 1920's or 30's. I've also added a shot of an unidentified boat in trouble in a blow downwind that was previously on the FLEETS Page, as well as a shot of a couple of yachts after a collision and some 14-footers after a collision.

Don't miss the YARNS Page. This will have articles of relevance to the history of open boats, some of which may have been published elsewhere before. The latest is Horses for Courses: Open Boats and Raters ​which discusses how close the raters came to displacing the open boats around the turn of the 20th Century. Then there is the story of The 1913 Interstates and the WESTANA Gale, ​plus The Port Macquarie Regatta, held every Easter in the 1920's and 30's attended by many Sydney 18-footers. We also ask the question Why did 18-footers stay gaff-rigged for so long?  and supply some possible answers. There is The Story of the Brisbane 22-Footers​, then there is the story of how Chris Webb dropped the lip in Wee Georgie Robinson versus Chris Webb. The whole story of how Mark Foy took a boat to England to challenge for The Anglo-Australian Shield is next. Then there is the story of the Intercolonial Challenges of the 1890's, a series that pitted State against State, or rather Colony against Colony with as much public attention as the football State of Origin gets today. Another Yarn answers the question What's a Ringtail? which can also be answered on our VIDEOS Page, then there is the story of the links between US Sandbaggers and 18-Footers, The True History of the Balmain Regatta which appeared first in AFLOAT magazine in October 2017 and the story of Mark Foy's Catamaran 1894 . Others will follow.

​This site will be constantly added to, with information and images of these spectacular craft as well as the other classes of similar boats, the 24 and 22 footers down to the 16's, 14's,12's 10, 8's and 6-footers, and there will be opportunities to contribute information about the history of the boats, and to order the book. Keep coming back! And if you have any photos or information on people involved that are relevant to the site, please get in touch through the Open Boat Facebook page or email info@sydneywoodenboatschool.com.au. 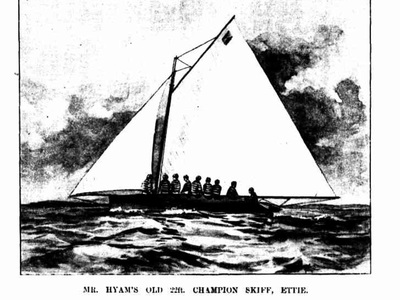 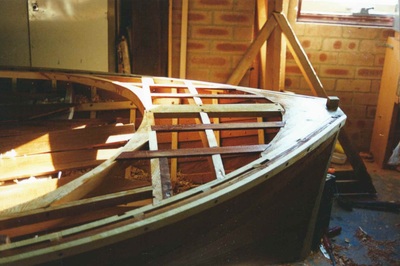 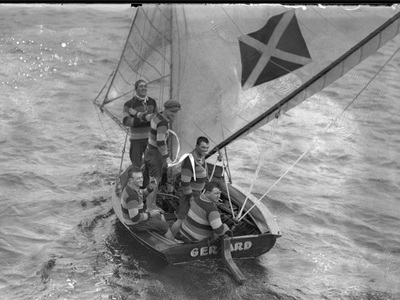